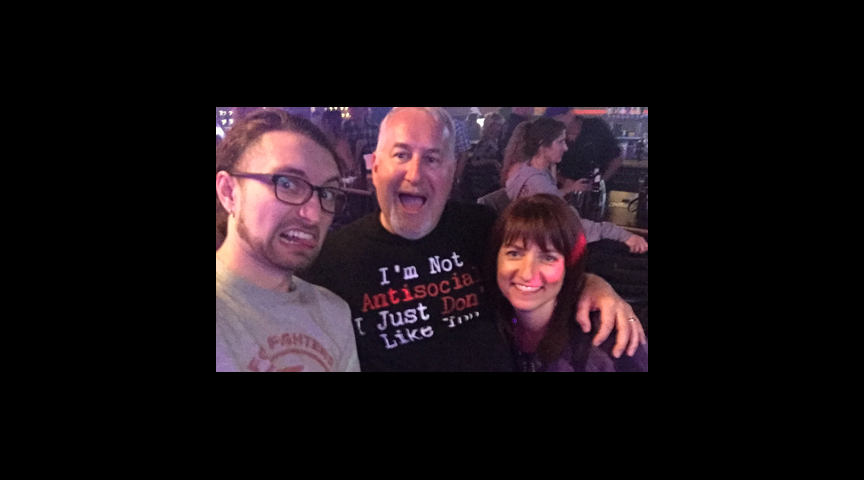 When I typed this title into my book outline, I really wasn’t sure what I was going to specifically write here and even as the words hit the page, I’m not sure where they will take me.  So let me start with this as I think it demonstrates the point…

When Bob’s wife planned his 50th birthday party, she of course included me and Brian in the celebration.  I contemplated whether or not to go for about a half second as I considered seeing all the old softball friends and their wives whom I really hadn’t encountered much in the preceding 17 years.  But just as I’ve always done, I considered the fact that what they thought wasn’t as important as the fact that Brandi wanted us to be there.  Plus, I relished another opportunity to spend time with my son and my beloved ex-in-laws.  So I easily put my brief hesitation aside.

When I arrived at the party, it must have taken me twenty minutes to make it through the venue out to the back patio where the celebration was actually being held as I was greeted by countless members of Bob’s family and friend group who made me feel right at home with all of them.  Honestly, it was so genuine and well beyond an obligatory “hello” or “how have you been?”, but rather, real interest in talking with me and knowing how my life as going.  I hope I returned the feelings of acceptance and interest in them that they afforded me.  It was so comforting to feel so loved by those who for so long I felt I had fallen out of grace with when I left Bob.  See it is one thing to celebrate your child together and for everyone to focus on that.  But when the “ex” shows up at the former spouse’s birthday party, it is because they want to be there, not because it is expected due to parental responsibility.  And it’s true.  I really did want to be there and I really did enjoy it.

As I made my way to the patio, I came upon a poster board full of photos throughout Bob’s life that Brand had created.  Ahead of the event, she had asked me for some snapshots that pre-dated her and I had a supplied her with a stack.  I wasn’t sure how she would feel about including them.  So I told her use what she felt comfortable with and left it at that.  I included pictures that Bob’s mom had given me of Bob when he was in high school and pictures of him with Ian when he was a baby, toddler, and preschooler – all which predated Brandi.  I also chose to include one other picture that probably was the most controversial choice if you were an outsider to our special relationship.  It was a picture of Bob and me together after a softball game when I was about seven months pregnant.  We both looked so happy and young and Bob had his hand on my pregnant belly.  I really didn’t know if Brandi would be willing to put this one in the collection she created for public viewing.

As I scanned the board, I didn’t really look specifically for this picture because I had convinced myself to have no expectation and to harbor no judgment either way she went with that.  But then my eyes locked on it and I was filled with joy when I saw that this particular image made the board.  See, not only did it represent the happiest time of our marriage and of course the impending birth of our only son, who is amazing, but it also was us in the element in which we had enjoyed so much fun with friends celebrating softball wins at the local pub after the game.  I had lost all those friends in the divorce if you will and many of them were there that night.  Having that picture on the board made me somehow feel even more like a part of the celebration – a key orchestrator in the creation of our family 2.0 and a genuine friend… still!  I probably spent more time talking with Bob’s friends that night than I had even when we were all hanging out at the pub after all those games.  I was no longer a person separate from the group who was just tagging along.  I was a member of the group… for that night at least. As the party progressed, Bob asked that someone “take a picture of his modern family” and grabbed both Brandi and I to pose with him.  It was a really cool feeling and a proud moment for both of us.  I just love my real modern family! 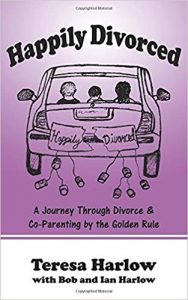