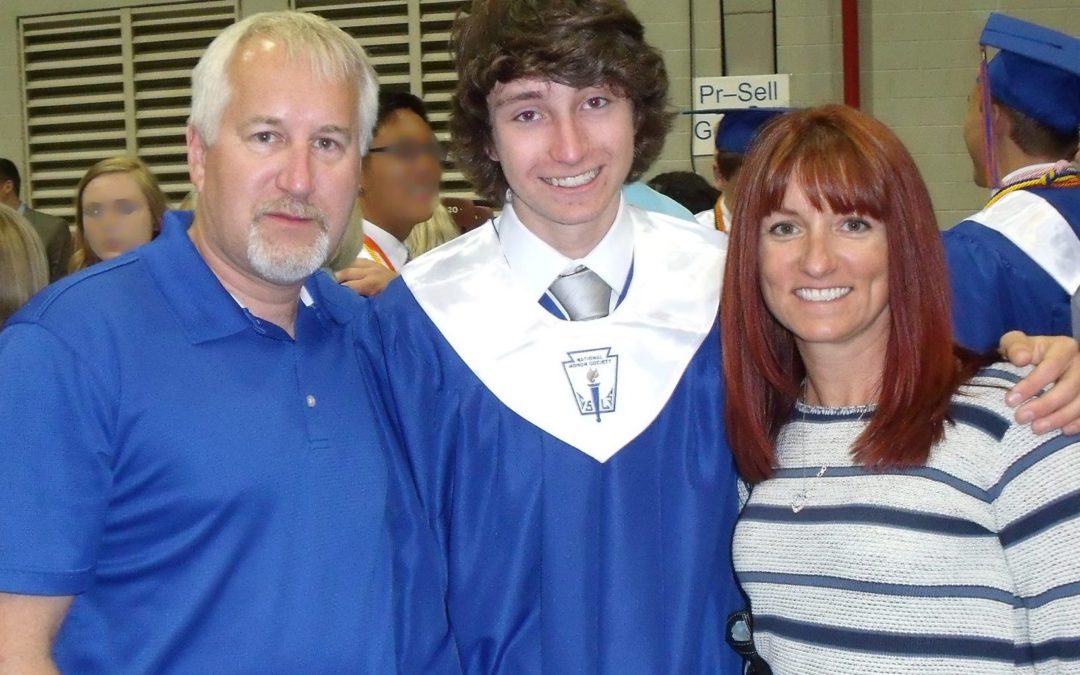 Ah, graduation.  I’m guessing parents with more than one child view high school graduation differently than those of us with an only-child.  If it’s the oldest child, it’s a new experience for the parents.  If it’s the youngest, it’s the last time they’ll ever do it.  They probably also think about the fact they will soon be one step closer to empty-nest freedom.  If you’re the parent of a single child, it’s a little different.  Every experience is the first and last time you’ll have it.  You get no do-overs.  No mulligans.  No screwing things up, learning from mistakes, and getting it right the next time.  It’s really a lot of pressure.  Then there are the married parents who look forward to having an opportunity to rekindle their relationship.  Maybe even restore the romance they experienced with one another pre-child.  For me, the single mom of an only child, it represented the end of so many things I loved about being a mom and co-parent that I would never get to experience again.

First there was the graduation itself.  I started dreading that about halfway through Ian’s junior year when he began visiting colleges and taking college entrance exams.  He was going to leave home.  I wouldn’t be able to be there for him when he finished his day.  I wouldn’t be able to make a healthy dinner for him.  There would be no more high school football games or parades to see him perform at (not that there wouldn’t be more performances in his case).  The high school experience, which I once loathed, myself, but now looked back on fondly, was coming to an end for our son.  My, how fast life goes by.

As for my relationship with Bob, there would be far fewer reasons for us to talk.  Would this mean our friendship would fade?

Would I never have the pleasure of hearing his funny tales or get to spend time with his family.  Quite frankly, I was overwhelmed with sadness for about 18 months.  I felt my worth and usefulness as a mom was fast diminishing.  My identity was slipping away.  I feared that many cherished relationships would simply fade into time, and I would be forgotten. This may all sound overly dramatic, but it really is what I felt.

The first senior event Bob and I jointly participated in was senior night during football season.  Senior football players, cheerleaders, and band members were all honored and given an opportunity to walk across the field with their parents, have their pictures taken at the other side, and be introduced over the PA to the audience. Bob and I never considered doing it any other way than together.  In fact, I might even go as far as to say that we inspired other divorced parents to do the same.  After all, many of them had watched Bob and me as co-parents over the course of Ian’s entire academic career.  They saw this as possible for them, too.  I like to think we inspired a few others, anyway. As we proudly took the field together, we arrived at the other side for the official sanctioned photo-op.  No, we didn’t do anything crazy or embarrassing – although thinking about it now, that would have been hilarious.  Instead, we posed respectfully for another snapshot of the three of us together to take forward through our lifetime of memories.

Throughout Ian’s senior year of high school, Bob and I attended marching band concerts, rock-band performances, and senior banquets with our new partners, with grandparents, and all of us always sitting together.

Last on the list was to create a memorable graduation experience for Ian – one that both of our families could join in together.  I wanted Ian to have a graduation party.  I did not have one, and at the time, didn’t miss it.  But I realized not only did I miss out on marking this occasion in a special way, but I also missed out on gathering some much-needed cash for what comes next in life through presents offered by those in attendance.

In our case, the last thing I wanted was to make Ian split time between families during his celebration.  And since we were all on such good terms and genuinely enjoyed each other’s company, why shouldn’t we hold one big joint celebration?  Bob suggested we hold the party at his house since the backyard was better positioned to set up the tents and tables for guests.  Since we were only a quarter-mile apart as the crow flies, it would be easy enough for everyone to find Bob’s if they did not know where Ian’s “other home” was.  We split the costs of food and decorations.  And I was free to invite my friends and family to Bob’s house, which I did without concern.

Bob’s wife, Brandi, helped with a lot of the details and with making sure we got our guest list together and invitations mailed on time.  I created an invitation using several pictures arranged into a collage, and we jointly addressed and mailed them.  I also created a couple of picture posters with snapshots throughout Ian’s life, being extra-careful to make sure family members and friends from both sides were represented.  I absolutely wanted everyone to feel like they were included in this great celebration and recognized for their significance in Ian’s life.  I would not have dreamed of doing it any other way.

Contrast this with the experience of another father I know.  In his case, the ex created posters that contained not one single picture which included dad.  How sad.  What did the daughter think when she looked at these?  Did she think Dad was never there?  Or did she recall perfectly how dad was always there and think that mom was just being petty and selfish.  Kids aren’t dumb.  When parents take this kind of approach when dealing with the other parent, the child sees it and either is hurt by it or comes to believe this is an acceptable choice should they ever find themselves in the same position.  Of course, it’s possible that the mom just didn’t give it any thought.  This is unfortunately the path too many take when they divorce – simply failing to consider the feelings of not only the other parent, but of the child to whom that other parent is definitely important.  Nice going, mom.

During the party, Bob and I were both careful to make sure we intermingled the groups, introducing those who didn’t know each other and encouraging cross-over conversations, if you will. It was nice to see Ian so relaxed being able to enjoy himself and not worrying about having to leave to go to the other parent’s celebration.  He could do what all the other kids did and leave his own party to attend his friends’ parties while the parent celebration continued. Ha!

With fewer reasons for obligatory communication, I felt a sadness settling in.  Would I still be invited to spend time with Bob and his family for special gatherings?  Would I see Sandy and Debbie and the rest of Bob’s family anymore?  Would they forget about me?  I wasn’t really sure how things would evolve once we became the parents of a college-age child.  It would take real friendship that rose above our parental obligation for us to continue including each in the other’s life.