Co-Parents of School-Aged Kids Must Communicate 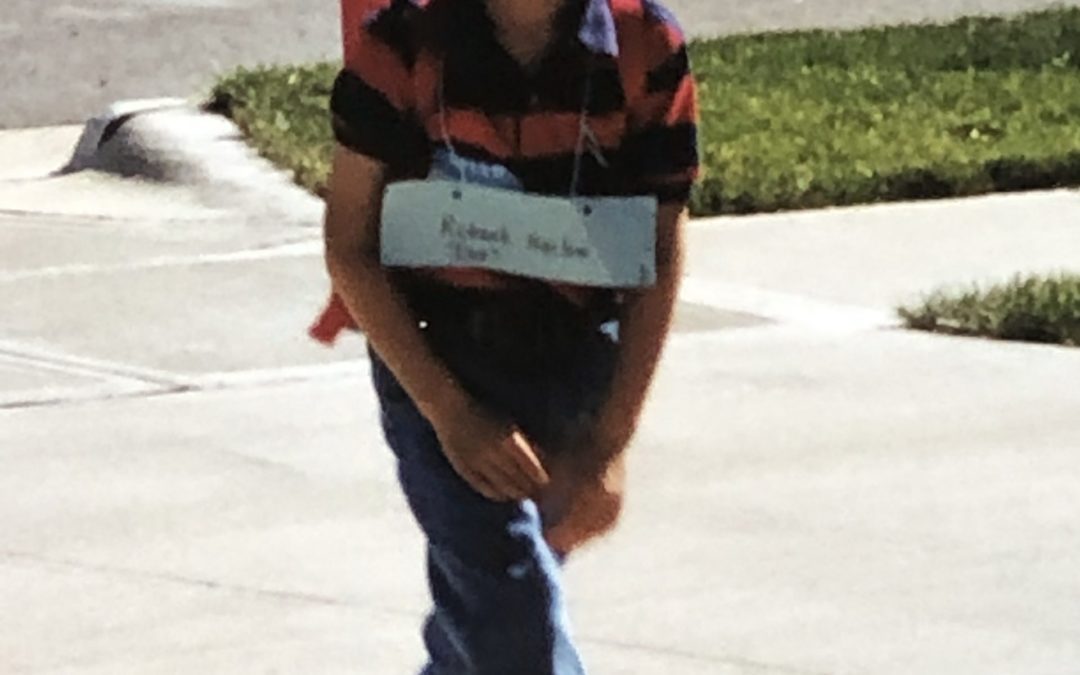 One of the first things we had to encounter as recently-divorced co-parents was the school system.  To my surprise, I found that the schools do nothing to support co-parents of school-aged children. Ian entered kindergarten about 2 months after we separated.  You would have thought divorce was a brand new concept.  Everything from emergency information forms to grade cards was designed to accommodate parents who lived at the same residence. And this was 1999!

As I was designated as the residential parent in our arrangement, everything school-related was based on my address.  The school didn’t send Bob anything. And this is where demonstrating both sensibility and kindness begins.  I know plenty of divorced parents who struggle with this most basic right.  But why?  I assumed Bob was entitled to all the same information about Ian’s education as I was.  How could I expect him to otherwise be a good parent?  I had to remember what I wanted my son to have and what I wanted in a father for him.

So I always offered Bob the opportunity to purchase school pictures.  And I made sure he got a copy of every grade card.  The school didn’t do this.  I did!  They, it seemed, never even thought of it as a service they should offer.  This doesn’t make any sense to me.  I also don’t understand mothers who refuse to consider how they might feel if they weren’t even given the opportunity to get school pictures from one year of grade school.  All too frequently, divorced fathers miss out on a lot.  And this benefits no one.  The father suffers.  The child and father connection is weakened as the father receives less and less ongoing information about the child’s evolution.

If you take this course and think you’ll come out of it unscathed, remember that Karma is a bitch you do NOT want to meet!  Also, ask yourself how it could possibly benefit your child (or YOU) for his or her other parent to be denied information and experiences with them. It may be time to ask yourself, “Should we be coordinating more as co-parents of school-aged children?”

I remember the first night conference during which we met Ian’s kindergarten teacher.  We had separated about 6 weeks before.  Of course, we both wanted to be there.  So we did this crazy thing:  we talked about it.  Then we did another crazy thing.  We agreed to both go and let the teacher know that even though we were divorcing, we weren’t one of those dysfunctional couples who hate each other and yell all the time, which was a kind of interesting evolution since one of the reasons we split up was because of our incessant arguing.  (We argued about everything from life philosophies to how to play a Euchre hand.  Yep, divorce, or at least living separately, seemed to fix our dysfunction as a couple.  Oh, the irony!)

As we squeezed ourselves into tiny little kindergartener desks, I made my pronouncement to the new teacher, Mrs. Joseph, that we were divorcing but that we get along, and she would not have any problems with us.  As it turned out, this was Mrs. Joseph’s first year teaching anywhere.  So she was probably simultaneously concerned, skeptical, and relieved.

And the Results Are In!

Ian had this teacher for two years, and as we approached the end of the second year, Mrs. Joseph, disbelieving or not, pulled me aside to tell me not only how special our little boy is (yep, Mom already knows that) but also how lucky he is to have two parents who work so hard to make this whole divorce thing into as positive an experience as possible for him.  Now, those two words, “divorce” and “positive,” don’t normally appear in the same sentence.  But two years into our positive co-parenting approach and people around us were beginning to see the effect it was having on our son.  These two co-parents of school-aged children were killing it! And our boy was feeling it too!

Moral of the Story

School systems still do not accommodate divorced parents or any co-parents of school-aged children who do not live together. It is up to co-parents to share information. It is particularly incumbent upon the residential parent to make this happen. Communication and sharing information about your child with the other parent is not only kind but helps your child’s other parent to be the kind of parent you want them to be.

A Son’s Perspective by Ian Harlow

I feel the need to comment here, but not so much about school. See, school was pretty normal for me, as far as I know. There was nothing extra-difficult or different about school that was directly caused by my parents’ separation except leaving school supplies at the wrong house. Luckily, my parents were smart enough and mature enough to make the decision to live within a stone’s throw of each other throughout my schooling, so the supplies problem (or anything else I forgot at the wrong house) could be alleviated pretty easily.

The main thing I want to point out is how my parents’ relationship did actually move in a positive direction when they got divorced.  The year or so leading up to the divorce, there was a lot of yelling. Things never got violent, but the arguments got heated, and the words got heavy.  My parents would even literally get into a yelling match over clothes or the weather or whatever useless topic one can find to argue about. They were both arguing to prove the other wrong, to prove themselves right, and for no other purpose.

Once my parents were fully separated, living different lives in different homes, but still raising the same child, something amazing happened: my parents started working together to find solutions.  They weren’t around each other enough to bicker about nothing; if they were conversing, it was important and needed to be discussed like adults.  For whatever reason, the evolution our family took allowed my parents to do this.  And it relieved a lot of stress on this guy, too!

For co-parenting tips on a broad spectrum of topics, check out my book Happily Divorced – A Journey Through Co-Parenting by the Golden Rule available on Amazon.