Obstacles to Successful Co-parenting: #2 Getting Defensive 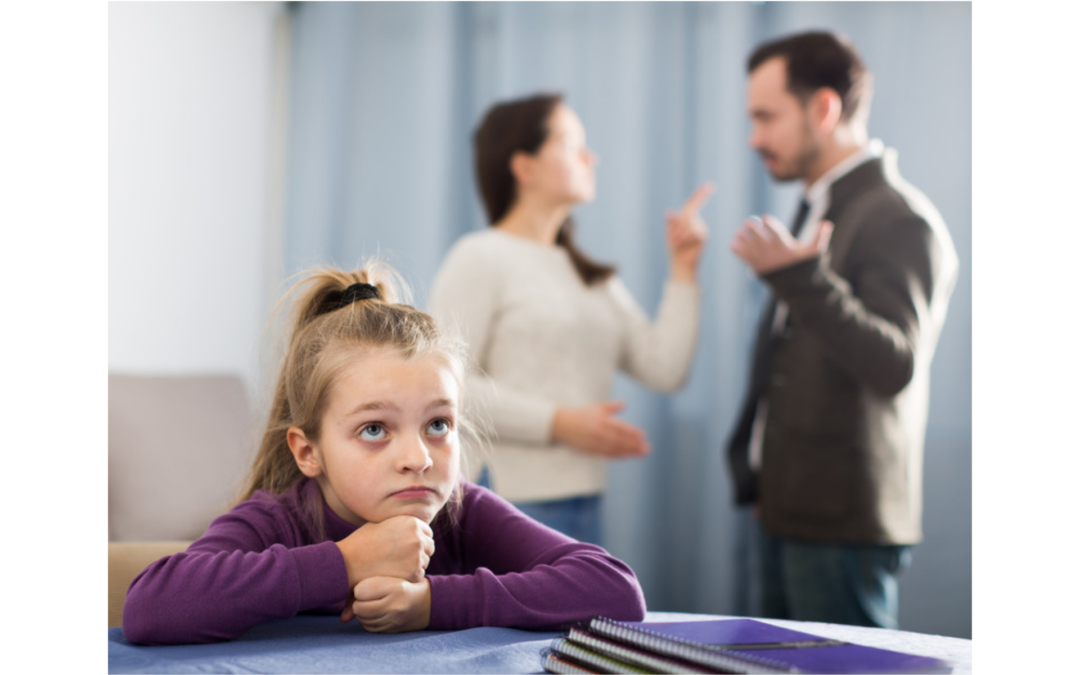 A couple of weeks ago, I introduced three obstacles to successful co-parenting that many parents struggle with. These obstacles are:

In the first installment, we addressed being angry or emotionally hurt. This week, we’ll tackle the second.

As a former couple, you may have developed trust issues, felt taken for granted, been accused of things you didn’t do, or feel guilty over actual misdeeds. After you separate, there is residue from these emotions that tends to contaminate your interactions with one another going forward. When a friend or co-worker says to you something like, “What are your plans this weekend?”, you think they simply want to know what you have in store and believe this is because they care about you. When your ex asks the same question, depending on the root of your romantic difficulties with them, you may instead think one of the following…

“He wants to know if I’m seeing someone else.”

“She doesn’t trust me with the kids.”

Without stopping to think, you assume the worst. They must be up to something. You don’t even consider the idea that they may just be making polite conversation or really care about what you’re doing for the weekend. How do you stop feeling like every question is a potential hack by your ex? How do you stop being suspicious of every interaction with them?

Then again, maybe you’re on the receiving end of these assumptions. Everytime you ask your former lover a question, he assumes you’re out to trap him in some lie.  How do you diffuse defensive responses so you can have more comfortable and productive conversations that instill trust in your parenting partner?

How do you overcome this obstacle to successful co-parenting?

For the parent who feels defensive

Have you considered that maybe you’re just reading too much into everything being said to you? Are you subconsciously adding unintended context to the questions your co-parent asks? Maybe your fears are grounded in the troubles you had with each other when you were together. Were you afraid if you said the wrong thing that there would be hell to pay? Did they accuse you of things you didn’t do or feel? Or did you actually do things that have left you with unresolved guilt?  There’s a lot to unpack here. But let’s not try to solve world hunger today. Instead, let’s stick to the task at hand. How should you respond when your ex asks you a question or makes a statement?

What if you just take the question or statement from your ex at face value? No more. No less. When you start to think to yourself “Why is he asking me this question?”, stop right there and instead say to yourself, maybe even out loud, “Next!” I learned this technique from world renowned author and self-help guru, Dr. Wayne Dyer. If you interrupt the onset of your suspicion, or any unproductive thinking for that matter, you can stop the whole series of negative thoughts that would usually follow dead in their tracks.

Now some of you are probably thinking right now, “Easy for you to say. You’re not dealing with the jerk I’m co-parenting with.” I’m sure some of you are accusing me right now of sidestepping the real issue, which is your ex partner’s desire to make your life as difficult as possible. Look this may or may not be the case. But you don’t have to participate in their game if that’s what it is. Or maybe it’s nothing. Either way, there’s nothing good that comes from you getting defensive with your ex. All you’re doing is projecting a negative energy and if they really are up to something, you’re signaling that they’re getting to you and handing over your power to them. They’re winning. Seriously, stop it. Don’t feed it and don’t be the one to start it with a defensive response to a simple question. You have a choice here. A simple response.

If you don’t want to answer their question for some reason, give a generic response like “Nothing special”, and follow it with “How about you?” That last part may take some real doing for you – particularly if you have no interest in hearing their response. But by asking them a question, you’re reverting the focus back to them. And if their interest is genuine, now you’ve reciprocated in kind, which will only help to strengthen your relationship as parenting partners going forward.

For the parent who is dealing with a defensive ex

You ask a simple question. You thought it was benign enough and showed you are focused on the kids. I mean all you asked was, “How did the kids do on their tests today in school?” Next thing you know you’re being berated for accusing your ex of being a bad parent. I mean what’s wrong with you anyway? You know he makes sure they study, get a good breakfast, and get to school on time every day. Yet all you do is assume the worst of him.

I know. I know. You really weren’t thinking anything at all about your ex. You literally just wanted to know how the tests went. Nothing more. Nothing less. Let me first tell you that this reaction was not provoked by you and is less about you and more about unresolved feelings your co-parent is harboring toward you than anything else. So what do you do? What can you do? Is this how life is going to be until the kids are grown? Or maybe even beyond that?

The truth is your ex is the one with the problem here and you can’t resolve it for them. Although you can do a lot to diffuse their anxieties. While it is true that the recipient bears the burden of how they process the words you say to them, you can employ one technique that will increase the likelihood of a successful interaction. In the section above, I suggested that the person who feels defensive avoid adding unintended context to their interpretation of the question. So the obvious flip-side to this equation is that as the person delivering the question, you can provide context which clarifies your intent.

Let’s use the example “How did the kids do on their tests today in school?” Instead, you could start with a statement recognizing your co-parent’s positive efforts such as “I really appreciate all the effort you put into making sure the kids are always prepared for school. They mentioned they had a really important test today. Have they shared with you how it went? I’m curious.”

Sure the above took more effort – more forethought on your part. And you don’t have to do it. But if you don’t provide context to clarify your motivation in asking, don’t be surprised when your ex turns it into something entirely different than you intended.  Why not just make the investment in your communication up front? It is the strongest tool the two of you have now to co-parent successfully together.  At first you may have to preplan your communications to get in the habit of providing up-front context to your questions. You may even rehearse. But eventually, it will become automatic.

What Both Parents Must Remember

If you ever question if all of this extra effort is worth it, remember why you’re doing this. It’s because you want to be a good parent and you want your child’s other parent to be the best parent they can be. You also want your own sanity and know that positive interactions with your co-parent are better for everyone. Trust me. The effort is worth it. It will pay off ten-fold for your entire family as you continue to build a successful parenting partnership. You can overcome this obstacle to successful co-parenting!

Next week, we’ll address the third behavior on the list – competing for favor with your kids.

If you’re seeking your life’s purpose or working to improve your interactions with everyone in your life, check out the teachings of the author who inspired me, Dr. Wayne Dyer.