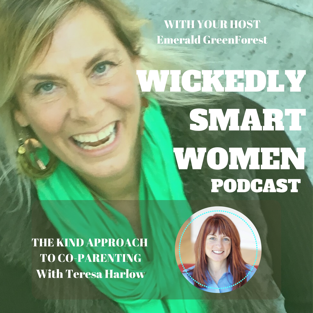 Friendships are the collateral damage of every divorce.  Let’s face it.  If you hung out with certain couples before your divorce, that isn’t going to happen afterwards… at least not in the same way.  You and your ex probably aren’t going to double-date with a “friend couple” you had when you were together.  And at least for a while – maybe forever, you won’t be showing up to the same parties with another date.  Even if you would be fine with this, it will make everyone else uncomfortable for quite a while.  So don’t do it for at least maybe a year depending on how long you were married.  It’s really asking too much of your friends.

Likewise, if you are both single heading to the party of a mutual friend, it’s going to be very awkward for a while and it may be best to avoid this situation to give everyone time to adjust to seeing the two of you without one another first.  Then, maybe show up with someone else only if you are absolutely certain the other isn’t going to be there.  Look, it’s called respect for other’s feelings.  Always think about how you would want to be considered and treated.  This will normally keep you from careening off the courtesy path.  Bear in mind, your friends may be grieving the loss of their couple friend too.  Or, they may be relieved to not have to withstand your arguing with one another in front of them anymore.  I’m sure we left plenty of people feeling that way.  Either way, they don’t need you thrusting more negative energy into their lives.

Of course, there will be those friends who “take a side”.  A lot of times this will be the friends who you came into a relationship with or met separate from one another or whom you never introduced to your spouse for one reason or another.  In my case, I came into my relationship with Bob bringing only a couple of friends with me while he, on the other hand, was part of a large group of friends from his childhood.  In the nine years we were married, we hung out almost exclusively with friends of his, their girlfriends or wives, and their friends.  I became casual friends with some of the women.  But mostly, I was Bob’s wife – a friend-in-law.  So when we divorced, they had no vested interest in me.  Those friendships simply fell away and I would go on to find more meaningful friendships.

Still again were Bob’s friends who I gave a lot of distance too for quite a while even though they meant the world to me.  But I just couldn’t figure out how to continue a friendship with them without it being awkward and force.  Over time, once Bob and I developed a friendship beyond our divorce as new separate people rather than the Bob and Teresa Show, we would occasionally end up all together in the same place.  There were all of my son’s band shows for one where I as the consummate promoter of all things “Ian” wanted as many people to pack an event as we could muster.  So I was going to thank every one of them for coming and truly appreciate them for supporting our son.

Of course, since Bob and I got together in the first place because we had a lot in common including our tastes in music and social settings, we frequently found ourselves with our different groups of friends in the same bar or restaurant.  Yes we both enjoy a good drink or two.  While early on, I would relocate on occasion out of courtesy or a desire to avoid confrontation, eventually if felt okay and even enjoyable to stay and reconnect with some of the special people that had been Bob’s friends.  Today, when Bob and Brandi host parties at their house and I’m invited, it feels quite natural to freely interact with most of them.  We genuinely treat each other as friends, joke around, give compliments when warranted, and catch up on our lives… just like any friends do.  Then the rest of the friends can behave normally as well.

The few with whom we both had a stronger bond was more difficult to manage at the onset of our divorce.  There was our friend – we’ll call him Paul – who was Bob’s friend first but had worked with me over the years on a couple music projects.  Upon learning of our divorce, Paul promptly declared to Bob that he was “with him”.  NICE!  That one kind of hurt.  But even so, when I run into him now, it’s amicable and a pleasant stroll down memory lane.

Then there were our boating couple – we’ll refer to them as Bill and Crystal.  We went on vacations together, hung out at their house on the weekend quite frequently, and even lived with them for a couple months when our house was being built.  So this was a much more difficult relationship for either of us to lose, although of course Bob and Bill were closer than I was with either Bill or Crystal.  Still I really didn’t want to lose them altogether.  So for the first few months after the divorce, we literally took turns hanging out with them on alternating weekends.  Crystal used to joke that it was their weekend with me or vice versa.  I appreciated their friendship very much in those days while I began to derive friendships of my own making really for the first time in my adult life.  They also had been in my son’s life since his birth.  So hanging out with them was another activity that provided continuity for Ian.  Eventually, I backed away from Bill and Crystal as I formed new friendships.  Although we still talk and laugh together when we end up in the same places.

I really do appreciate our friends who put up with us during our marriage as we fought over euchre, volleyball, and pretty much any competitive situation we found ourselves in.  We even fought about fighting.  When we were together, our friends would literally conspire to ensure we didn’t end up on the same teams just to avoid having to put up with the incessant arguing that was sure to ensue.  I’m sure some of you are reading this right now and fondly reminiscing (NOT!) about those days.  Yeah you know who you are. Thanks for continuing to be my friends and following Bob’s example. It means a lot!

For those of you beginning or are already on your own divorce journey, try to remember it is not all about you and to practice the golden rule.  I know that may feel like a very tall order.  But consider that one day, you may very well find yourself standing right in the middle of the bridge you considered burning.